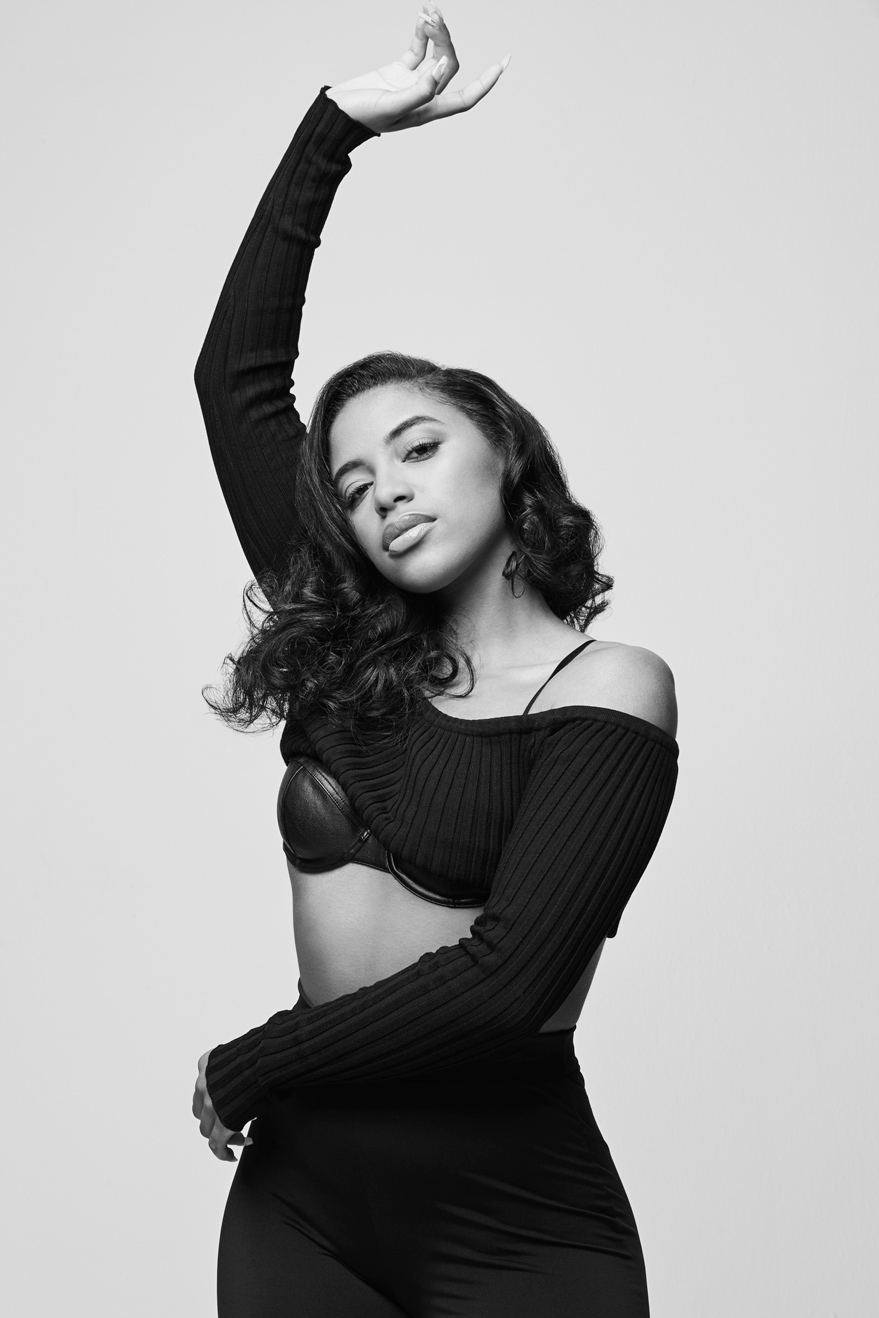 Ayanis always knew she was destined to sing. Raised in Texas-Atlanta, talented singer and dancer Samantha Ayanis Miller (pronounced Aye-yaun-is) is a dreamer. She sang in church choir and did youth beauty pageants but decided at a young age that she was going to be a professional entertainer. “Gospel music and the choir was my first real introduction to music,” she says. “When I turned nine, I told my family that I wanted to be a singer.” Despite their skepticism, she performed at school talent shows, had a brief stint in a girl group at 14 and put out YouTube covers, including Bruno Mars’ “Billionare” and Justin Bieber’s “Mistletoe.” She laughs, looking back at those early videos. “Growth is real.”

She enrolled at Georgia State University and majored in PR and journalism. “I knew I wanted to be an artist but I chose that because I could learn how the media would be.” In 2013, a cover posted to Instagram piqued the interest of songwriter/producer Mello The Producer. “He was the person who taught me how to record and taught me how to really be an artist.” She found a kindred spirit in Mello and the two cut several demos. “We have a bond musically.” Mello was working with August Alsina and others at the time. “Let’s make this a thing where we’re a team and help each other.”

Two years later, she linked with Atlantic Records’ VP of A&R Chris Jones and in 2017, she met artist and future collaborator Prince Charlez. “They gave me a chance and believed in me!” she says. Ayanis dropped out of college in 2017 to focus on music. “Nothing was gonna be in my way, not even school. I’m a big dreamer. There’s nothing more than I love than singing, dancing, performing.” Through her relationship with Jones and Charlez, she landed on the radar of Atlantic Records’ CEO/Co-Chairman Craig Kallman, who flew to Atlanta to meet with her personally. She had no clue that this meeting would prove her foot in the door. “I had been given a lot of nos, maybes and ‘we’ll get back to you’,” she remembers.

The dream is now reality. Ayanis signed with island Prolific/Atlantic Records in December 2017 and soon after released the girl power single, “F.I.Y.T.” (Fuck Is You Thinking).” “It’s a feminist record with a lot of dynamics. It’s fresh, fun R&B. Every woman out there can relate,” she says. “I want to make music that’s fun. Music that makes you wanna tell somebody you love them. I’m gonna be an exciting, fun, sexy, cool girl on the block— who’s just being herself.”

Ayanis has just wrapped the Access Granted: HBCU Tour presented by Atlantic Records and Live Nation Urban where she was visiting select HBCUs with three other labelmates throughout the 2018 homecoming season. She’s also preparing to introduce her debut EP, DIRECTION.